Three dead babies broke doctor’s heart and she killed herself

GOVERNORS WILL FIGHT BACK

• MPs said transferring health back to national government or setting up a new commission would be difficult and require  referendum.

• They also proposed legislation to elevate all Level 5 hospitals to national referral status, managed by the national government. 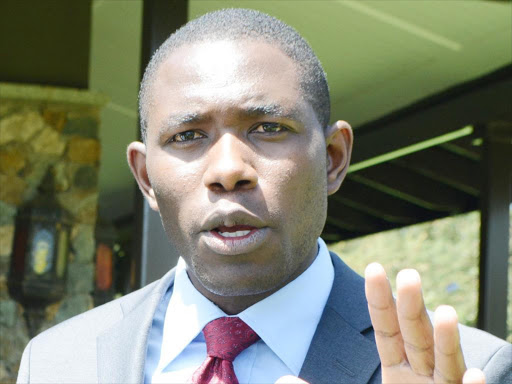 Doctors have petitioned MPs to transfer health functions back to the national government.

This is the first time medics have formally made the proposal, although they mooted the idea immediately health was devolved.

On Tuesday they asked MPs to create a National Health Service Commission to hire, deploy and handle the remuneration of all health workers.

They also proposed legislation to elevate all Level 5 hospitals to national referral status, managed by the national government.

The proposal is expected to be strongly opposed by the Council of Governors, who accuse doctors of trying to escape close supervision at the county level.

The Kenya Medical Practitioners, Pharmacists and Dentists Union made the proposal before the National Assembly Committee on Health at Parliament Buildings.

The proposal was supported by the nurses’ and clinical officers’ unions, whose representatives attended the meeting.

However, MPs said transferring health back to the national government or setting up a new commission would be difficult and require a referendum.

Committee chair Sabina Chege proposed amendments within the Health Act to accommodate the functions of the proposed commission.

“We don’t want to put ourselves in a battle that’s difficult to win,” she said.

She advised amending the Health Act to strengthen the Kenya Health Human Resource Advisory Council, which is already provided for in that Act.

Nairobi Woman Representative Esther Passaris said there is no evidence that health was better before devolution.

“We should do an audit of the entire healthcare system. History will judge KMPDU on your motive,” she said.

Kenya’s health sector has been heavily centralised since 1963, with power concentrated in Nairobi.

Nairobi-based think-tank KPMG Africa compares health before and after devolution in its recent report, ‘Devolution of healthcare services in Kenya: Lessons learnt from other countries‘.

The report shows rapid gains after devolution. It says improvements in health were marginal before 2010 and certain indicators had worsened.

KPMG says Kenya has a lot to learn from Ethiopia, Ghana and Thailand, which benefitted from devolved health services.

The committee agreed to consider the proposals by doctors’ union.

In the past, calls to revert health to national government were opposed by both governors and senators.

national government and accused MPs of trying to create a perception that devolution is not working.

Previous KENYA:No pay increase for nurses as talks end
Next USA:Struggling to stay alive: Rising insulin prices cause diabetics to go to extremes

My Tweets
Developed by Dennisicrafts
© Copyright 2021, All Rights Reserved